↓ Skip to Main Content
Home › Announcement › T-Rex Attack is out!

T-Rex Attack is out!

T-Rex Attack is the second in the Dino Squad trilogy of novellas. It’s out and you can buy it here: 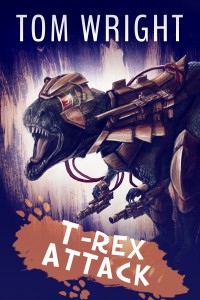 The raptor war continues full throttle. Dino Squad struggles to repel the raptor invaders, but the absence of two members hurts their efforts.

The two missing dinosaurs wake up to find themselves stranded. They must reunite with the team. At stake? The safety of the world.

I enjoy writing fantasy and science fiction, and I'm excited to get some more board game video reviews for you.